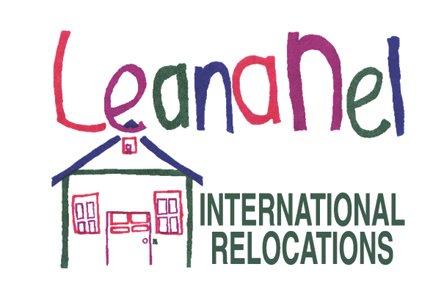 Cyprus, officially the Republic of Cyprus, is an island country in the Eastern Mediterranean located south of Turkey.  Cyprus is known as the ‘Jewel of the Mediterranean’ and legendary birthplace of Aphrodite, the ancient goddess of love and beauty, certainly lives up to the exacting standards of its divine patroness.

It is culturally Greek but is not part of Greece. Since 2004 the entire island and the Republic of Cyprus has been part of the European Union, although this does not quite apply to the northern portion of the island under Turkish control. The official language is Greek but English is widely spoken as the country was once a British colony.

Cyprus has a subtropical climate – Mediterranean and semi-arid with very mild winters (on the coast) and warm to hot summers.  Rain occurs mainly in winter, with summer being generally dry.

Investing in Property for Permanent Residency and Citizenship

Permanent residency can be secured by investing in real estate. The properties must be brand new. This is the fastest and simplest investor programme and requires an amount of €300,000 to be invested which can be a maximum of two properties provided they reach the permanent residency limit and are both from the same developer.

The residency visa is takes 2 months and covers the whole family. It includes parents of both the main applicant and spouse plus dependent children up to the age of 25. It is valid for life and can be passed down to dependents and spouse. A residence permit may also be granted to children of the applicant who are over the age of 18, who are not financially dependent on the applicant, provided that a property is acquired for each child for a market value of at least EUR 300,000 (excluding VAT).

The programme offers ease of travel throughout the European Union and requires just one visit to Cyprus by all family members once every two years.

The investment can be made by a company which the main applicant and spouse are beneficial owners.

All applicants, spouses and dependents included in the application must have a clean criminal record from their country of residence.

An investment of €2.0 million in real estate is required, plus a donation of €75,000 to the Governments Research and Development fund and €75,000 to the Land Development Organisation. The property, either residential or commercial, can be rented for income. Any number of properties can combine to make up the €2.0 million minimum investment. The investment can be made personally or through a company in which the applicant is a shareholder. No other European golden visa program guarantees such assured results offering an EU second passport in just two to three months.

The process for gaining they Cyprus passport will be completed within 6 months. A full refund can be offered for certain real estate investments in the unlikely case of refusal of the citizenship application.

After 5 years the investment can be reduced down to just €500,000 and this investment must be maintained in order for the investor to retain their citizenship.

The application process is fast and very straightforward with a high approval rate. It has a good family structure allowing children up to the age of 28 to qualify and all future generations. It requires basic documentation and there is no residency requirement. The citizenship investment program in Cyprus is ideal for High Net Worth Individuals seeking a fast and efficient route to a European passport.